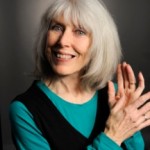 Terrill Maguire is an award-winning dancer, choreographer, teacher, and artistic director. She has been an advocate for the integration of the arts into everyday life and mainstream society wherever she has lived – in her native California until the mid ‘70s, in New York City in the early ‘80s, and since then, in her long-time home, Toronto.

Among her accomplishments, Maguire founded and directed the Inde Festivals of New Dance and Music, a seminal series of national festivals that took place between 1985 and 1995, which were dedicated to building creative synergy and community through collaborations between artistic disciplines. She has also done extensive Artists-in-Schools residencies throughout Ontario, making annual trips to remote communities in the James Bay region of northern Ontario since 1997.

Throughout her career, Maguire has produced, and participated in, numerous interdisciplinary community arts events: these have included performances in the Toronto Music Garden, site-specific dance/music/art-making works for Opening Days at the Evergreen Foundation’s Brick Works, and interactive dance-music pieces in the Zen Rock Garden at York University, including at the recent Dramaturgy conference of the Society of Dance History Scholars, in June 2011.

She has choreographed and performed as well for theatre, opera, television and film: most recently she provided the dance sequences for a film of native poet/artist/educator Duke Redbird’s Totem Impact. Primarily a western contemporary dancer, Maguire has been inspired and informed by the dance styles of many cultures. Among her fruitful collaborations have been those with Menaka Thakkar Dance Company (for whom she has also acted as rehearsal director), choreographer Sashar Zarif, and Troy Emery Twigg of the Blackfoot/Blood Nation in southern Alberta. She has found her own ancestral heritage another rich source of creation, mining elements of Irish/Celtic sacred traditions in works such as Bile, (Dusk Dances in Withrow Park, Toronto), Grove (Yo Yo Ma’s Toronto Music Garden), Shivering Tree (Riverrun Centre, Guelph), and Sanctuary (Trinity Bell Plaza, Toronto).

Terrill has also been inspired by involvement with artists of other artistic disciplines, most notably, composers. Her 2008 premiere at the St. John’s Sound Symposium of a solo dance, Pond Life, was the result of a commission from composer Ann Southam, and was accompanied by internationally renowned pianist and York U Music Faculty member, Christina Petrowska Quilico. She has collaborated with many other musicians and composers, and continues to value this experience.

Her work has been presented in a range of theatrical venues in Canada, the U.S., Europe, and the British Isles. Some of these include: The Banff Centre for the Arts (Alberta, Canada), Centre de la Danse National (Paris, France), The Abbey Theatre (Ireland) and Highways Performance Space (Santa Monica, California). Non-conventional locales including trees, fountains, sidewalks, piers, pools and gardens have also been sites of her choreographic inventions.

The recipient of various choreography commissions, grants, and awards, including the Jean A. Chalmers Award in Choreography, she is currently holds an Ontario Arts Council/ Chalmers Arts Fellowship, which will provide the means for travel to Ireland in 2012, for a period of creative research.

She is a former full-time member of the Department of Dance of York University, and following an extended time working in the professional realm, returned in 2002 as a sessional faculty member. She teaches, or has taught, modern dance technique, repertory, composition/choreography, performance, as well as Animating Communities Through Dance and Related Arts; a Certificate in Arts Practice course taught in conjunction with the Faculty of Environmental Studies. Maguire is also a guest teacher at Toronto’s Centre for Indigenous Theatre, as well as a long-time teacher of yoga.