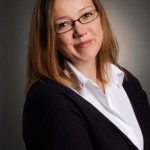 Dr. Bridget Cauthery is a dance and cultural studies scholar focusing on the impact of post/neo-coloniality and the processes of globalization on contemporary and popular dance practices in the Global North. In 2016 she was the recipient of a twelve-month research leave to complete the manuscript for her forthcoming book Choreographing the North (McGill-Queens University Press) that examines eleven contemporary dance works from the northern and southern hemispheres that take the North as their source and inspiration.  She was one of four keynote speakers for the 2016 Selma Odom Lecture Series celebrating forty years of dance studies at York. In 2015 Bridget received Academic Innovation funding for a new blended learning course that uses social media to manufacture undergraduate student engagement in critical theory.  In 2014 Bridget won the inaugural e-learning teaching award in the School of Arts, Media, Performance and Design for her course Dance, Film & Culture.  She has presented at conferences in Canada, the U.S. and Europe and her research has been published in Ethnologies, Culture & Tradition, Canadian Dance Studies, Performance Journal UK, TOPIA and appears in Fields in Motion: Ethnography in the Worlds of Dance (2011).  Since 2008 she has been lecturing in the Dance Department at York University and in the Theatre School at Ryerson University and was appointed to York’s Faculty of Graduate Studies in 2014.